Emory Douglas: Created a Culture of Resistance through Design

Emory Douglas: The Art of The Black Panthers from Dress Code on Vimeo.

Recently the AIGA honored Emory Douglas with a Gold Medal; Douglas  is best known for his political posters, and as the Minister of Culture for the Black Panther Party during the 60s’ through the 80s.’ In high school, I had a collection of Black Panther Newspapers—I kept them in my school locker, so I could quickly grab them to share with my classmates in art class. In looking back his highly charged graphic drawing profoundly influenced my art making and thinking in high school, and college. Douglas drawings also inspired the mindsets of numerous black artists and graphic designers during the height of the Black Power movement.
featured on Hyperallergic by Allison Meier on June 9, 2015

“Art has relevancy, whether it’s to exploit you or pacify you, or to enlighten and inform you. It’s a language, that’s the power of it,” Emory Douglas, the artist who drove the graphic identity of the Black Panthers, says in a new short documentary. In just under eight minutes, Emory Douglas: The Art of The Black Panthers follows the 1966 rise of the black political group to its 1980s decline in the context of the newspaper and poster work by Douglas. (read more) 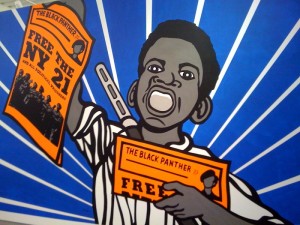 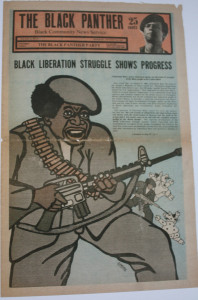 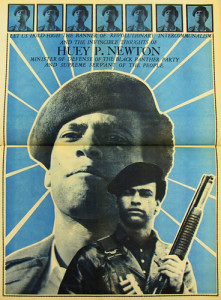 The Afro Talks Back